Dutch political leaders have announced a program to limit energy prices to households, up to a limit (the average family’s use, calculated to be 1,200 m3 of gas and 2,400 kWh), after which they will face spot market prices

Since we use around 300 m2 and 1,600 kWh, I was a bit angry that others will receive more subsidy. I still think that a straight subsidy (to people poorer than us, by the way) would be better than an energy-targeted subsidy, but there’s a significant advantage to the government’s proposal, in the way it reduces risk. (I’m now assuming I understand the proposal, but  may be wrong on details.)

Put simply, the government is taking on all the price risk above its target prices (€1.50/m3 and $0.70/kWh) for the target number of units. Knowing this, people will not turn off all their energy in fear of high spot prices, but will be very careful about reducing their consumption.

I therefore think that their plan is a better “second best” than my theoretical “first best” — in terms of psychological impact but also reducing risk, which my first best doesn’t include.

Also note that the government, which announced “sufficient” supplies in storage for the winter, may also benefit from a fall in energy prices, thereby reducing its downside (or “up price”) risk. So this structure really resembles an insurance scheme. (This article also points out how people may “rush” to improve their energy efficiency in order to make sure they stay below the ceiling.)

One critique of the policy is how it is aimed at households rather than individuals, which means that a household of one will get the subsidy but a household of five may exceed the “consumption ceiling” and face much higher prices. This same issue exists for increasing block rates in pricing water, which is one reason (there are more) I recommend against them.

But an easy solution is available for the government’s energy subsidy scheme: using registration data (you’re required by law to tell the government where you live) to determine how many people live “behind the meter” and then scale the subsidy to a per capita consumption. That would help with the large household problem.

Such a program would also encourage people to register where they live so they can get the subsidy where they are consuming energy. Since many people (maybe 10 percent?) register at an address with lower taxes or to avoid utility charges, this might also improve finances in cities (such as Amsterdam) where these costs are high.

My one-handed conclusion is that the government’s policy (as I now understand it) has a good balance of reducing risk and discouraging energy use.

Where are the fails? Let me count the ways:

Oh, and there are some wins, e.g., high gasoline taxes (which may be dropped, to “protect motorists”) and the way energy taxes (were?) charged on consumption and rebated per household (per my policy advice for water).

“Replacement theory” is a semi-racist, often-hysterical belief that — in the US — White Christians will be “replaced” by others.

The racist part arises from the vapid conception of “race” and/or “White” which rests on no biological or scientific facts. As anyone can tell you, every country (or tribe or community) has its own ideas of race, purity, etc. (Here are some of my earlier thoughts on race.)

In the US, “race” discussions are dominated by its history of slavery, bigotry, migration and inequality, which means that “race” is often a code-word for some other issue that people would prefer not to address or solve, since that would require concern, action and sacrifice. Race, as a fixed label (recall octoroon and related nonsense), makes it easy to ignore change as an option.

The hysterical part arises with the implication of “replacement,” i.e., that Whites will be killed/subsumed into a non-White population. Although this definition includes genocide, let not forget that most (all?) genocides involve a majority trying to annihilate the minority, which often means Whites genociding non-Whites, e.g., English settlers and Native Americans/Aboriginals, Turks and Armenians, Nazis and Jews, etc. This fact leads me to think that Whites are projecting what they’ve done in the past to a fear of what may be done to them in the future. Either way, there’s little sign of anyone caring about “replacement” except White racists.

So with that pre-amble aside, let’s look into some data.*

First Whites and Non-whites in the US:

So it’s more like people reclassifying themselves as less than 100% white more than “Whites” getting genocided.

What about the Hispanics? Although “Hispanic” is a vague and practically worthless descriptor, it seems like there’s a combination of self-identification and perhaps migration (kinda flat since 2005, assuming Mexico is representative) , so more like statistical displacement than physical replacement:

At first glance, Christians appear to be losing market share:

… but a closer look at the data shows that they are more likely to be replaced by indifference (“none”) than Jews, Mormons and Other (Muslims, but also Pastafarians):

With more than two out of three Americans identifying with Jesus, it’s unclear how they are a threatened minority.

My one-handed conclusion is that “replacement theory” is not just silly and dangerous, but a misinterpretation of data struggling to display Americans’ evolving understanding of themselves.

*I used race data from Wikipedia and religion data from Gallup. Here’s my spreadsheet, in Numbers, PDF and .csv formats. (Excel is too bloated.)

Long ago (in 2006!), I wrote a blog post proposing that property taxes should replace other taxes (e.g., on income). Some people suggested that I was following in the footsteps of Henry George (1839-1897), a self-taught economist who proposed a single tax on land as a replacement of all other taxes. I had never heard of George (!) and disagreed on taxing land (his idea) vs taxing land+improvements (mine), but I made a note to look him up some day.

Well, this weekend brought that day, and I started to read his Progress and Poverty (1879) — the third (!) most popular book of the 19th century. (It’s available for free download due to its expired copyright.)

While reading, I realized that (a) George was just as upset about inequality and poverty as Marx but that (b) he identified an equally — and perhaps more realistic — “engine of inequality” — land and other natural resources (water, oil, minerals and metals).

NB: George wrote without knowledge of Marx’s work (Vol I was published in German in 1867 and English in 1887) — and vice versa (Marx was very sick in the years before his death in 1883), so we’re talking about a classic case of “ships passing in the night.”

Marx had focussed on capitalists using their marker power to take advantage of a “reserve army of labor” that was oversupplied due to the Malthusian trap, but he undermined his own argument (this is distilling thousands of pages, some not written by Marx, and not always in agreement) by claiming that capital would get richer over time but still command enough market power (via “scarcity rents”) to continue to take advantage of labor.

Anyways, I am fascinated by George’s claim that those who own land/resources can take advantage of both capital and labor due to their control of the scarcer resource. Economists say that such control allows the owner to charge (or make) “rents,” i.e., profits that cannot be competed away through competition.

The value of land, for example, depends on “location, location, location,” so landlords in Amsterdam need not fear competition from landlords in Halfweg (a small town outside A’dam). The same can be said for owners of water in some parts of California vs those with water in Missouri, or owners of natural gas these days in Europe. Transport and other technology can bring competition, but it’s not nearly as easy to bring competition against land as it it is against labor (“I’ll hire that guy just off the bus”) or capital (“I can borrow money from that guy”).

My one-handed conclusion is that George was onto something when he identified land (and resources) as a source of rents, and thus a driver of inequality due to the extra profits and market power of those owners. His proposal to tax such rents and distribute them to citizens also makes sense, which is why I proposed such taxes as a way to fund basic income in 2014.

I can’t wait to read more of his book 🙂

NN mentioned that Macron used a familiar phrase in a speech last month:

In the original French, he said:

…which emphasizes his focus on a “new normal” in which fewer natural resources (and potentially the damages of climate chaos and the political strife that entails) will lead to a change in living.

Note that a club good is similar to a private good with excess supply, i.e., supply greater than demand at a zero price. In both cases, non-rivalry or excess supply can end: Club goods become rival with congestion; excess supply ends when supply is less than demand at a price of zero. Although there is no need to manage demand with abundance, the end of abundance can lead to problems if institutions of abundance do not change to ration demand when there is congestion or excess demand at zero prices (Ciriacy-Wantrup and Bishop, 1975).

In a past of abundance, we had clean water to meet our demands for showers, pools, farms and rivers. Our laws and customs did not need to regulate or ration demand. Over time, our demand has grown, and scarcity has replaced abundance. We don’t have as much clean water as we want. We can respond to the end of abundance with old ideas or adopt new tools specifically designed to address water scarcity.

So that’s what I said around 10 years ago, but how does it line up with Macron’s thought? (Or, more properly, did Macron understand my point?)

He did, as my point was that growing water scarcity would either lead to (a) necessary changes in lifestyles to reflect scarcity, or (b) shortages due to people ignoring (the admittedly faint) signals of water scarcity.

Those signals are not faint to anyone paying attention, but Americans, seem determined to rush in the wrong direction: moving from places with water to places without it. (This is partially due to an ongoing failure to reflect water scarcity in utility water prices as well as an inadequate and counterproductive regulatory regime with respect to groundwater and agricultural demand.)

Is the long delay between my pronouncement (I’ve been taking Moses lessons) and action? As someone who sees the glass as half-empty, I tend to see (or worry about) issues long before other people do (another case-in-point: cyber crime), and it’s taken me awhile to realize that (a) some people need more time to worry about stuff and (b) lots of people will never worry (consequences or not). Politicians, as leaders (rather than vote-whores), have an important role in highlighting issues and calling for action — looking at you Jimmy! Of course, they need to be careful about getting out too far in advance of voters (Obama’s flip flop on gay marriage is a clear example), so it’s impressive to see Macron stepping up on the need to change expectations and actions.

My one-handed conclusion is that leaders such as Macron are right to talk about an end of abundance, as that fact is bringing consequences, and failure to engage with facts will only make more people (especially the poor) more miserable. Bien dit, Monsieur President! 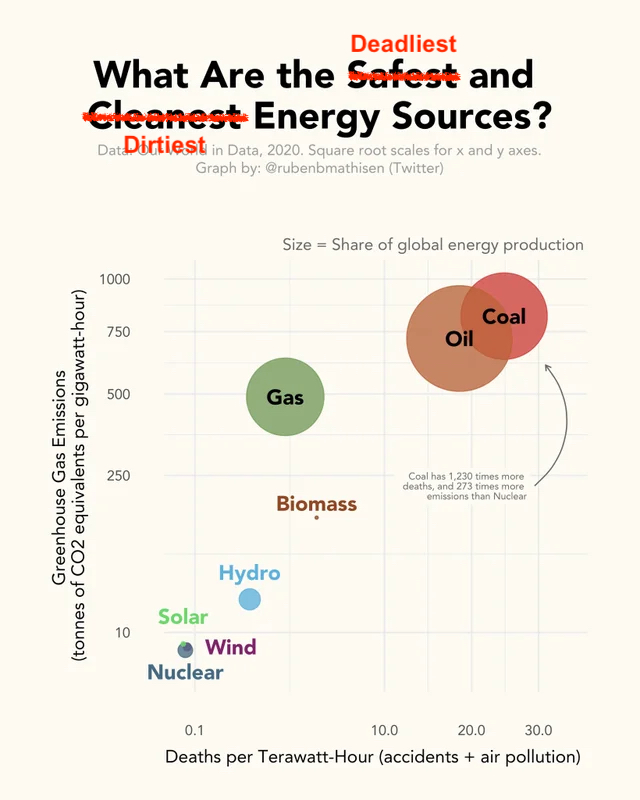