Estonia has become a global model for e-government, having created a secure, transparent and efficient digital platform, where both businesses and citizens can access necessary governmental services online.

Estonia is a small Baltic country located in Northern Europe. Gaining independence from the Soviet Union just under 30 years ago, Estonia has emerged to be one of the wealthiest countries in the world. Between the years 2001 and 2007, Estonia showed one of the highest GDP growth rates in Europe [pdf], currently is number 30 out of 189 countries in Human Development Index and (ranks higher in Economic Freedom than the United States or the Netherlands.

Estonia’s economic success can, in part, be attributed to its innovative way of governing society. Estonia has been able to build the world’s first paperless government – e-Estonia.  Today 99 percent of all Estonian state services can be accessed online, 98 percent of Estonian citizens have an electronic ID card, and more than 45 percent of the population use internet voting. Estonia has further introduced what has been termed as e-Residency. It is a transnational digital identity that can be used by anyone in the world to get access to Estonia’s digital technologies, including legal or accounting services, and the entrance to the EU business environment. This makes Estonia one of the most advanced digital societies in the world, and it comes with its benefits. 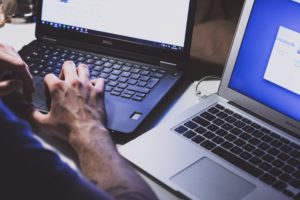 For example, moving government services online has dramatically reduced corruption. The problem of corruption was of particular concern back in 1994, when e-Estonia was first introduced. By moving essential state services online, it has meant that interaction between government officials and citizens has dramatically reduced, eliminating most bribery. This issue still plagues many of the post-Soviet countries.

Further, the ease of starting a business online together with the e-Residency program has allowed Estonia to become Europe’s leading startup hub. Estonia currently has 31 startups per 100,000, which ranks 6 times higher than the EU average. Companies such as Skype and TransferWise have emerged in the tiny Baltic State. Not only do these startups contribute to Estonia’s economic growth, the favourable economic climate for businesses has also attracted significant levels of FDI to the country.

As governments around the world seek to improve their economies, they should look towards the small Baltic state that can serve as a blueprint for the effectiveness of a digital society. As the Estonian MEP Marina Kaljurand has stressed: “if used properly, digital solutions can be essential drivers for economic growth and equity.”

Bottom line: Estonia has been able to successfully create e-government, which in part has helped the country emerge as one of the most advanced economies of the world.

2 thoughts on “e-Estonia: The Paperless Government”