Roughly a third of the European Union’s budget is spent on Cohesion Policy. Through this, the EU invests in sub-national regions with the aim of “converging” their quality of life upwards, to EU averages. This is done by fostering economic growth, business competitiveness, sustainable development, and supporting job creation in the poorer regions of Europe. Three different types of funds are used: First, the Cohesion Fund is used to ameliorate the economic and social situations of the regions of Member States with a GNI per capita that falls below the threshold of 90% of the EU’s average. Second, the European Regional Development Fund (ERDF) aims to induce competitiveness and create regional jobs. Third, the EU invests in educational opportunities and combats unemployment using the European Social Fund (ESF). 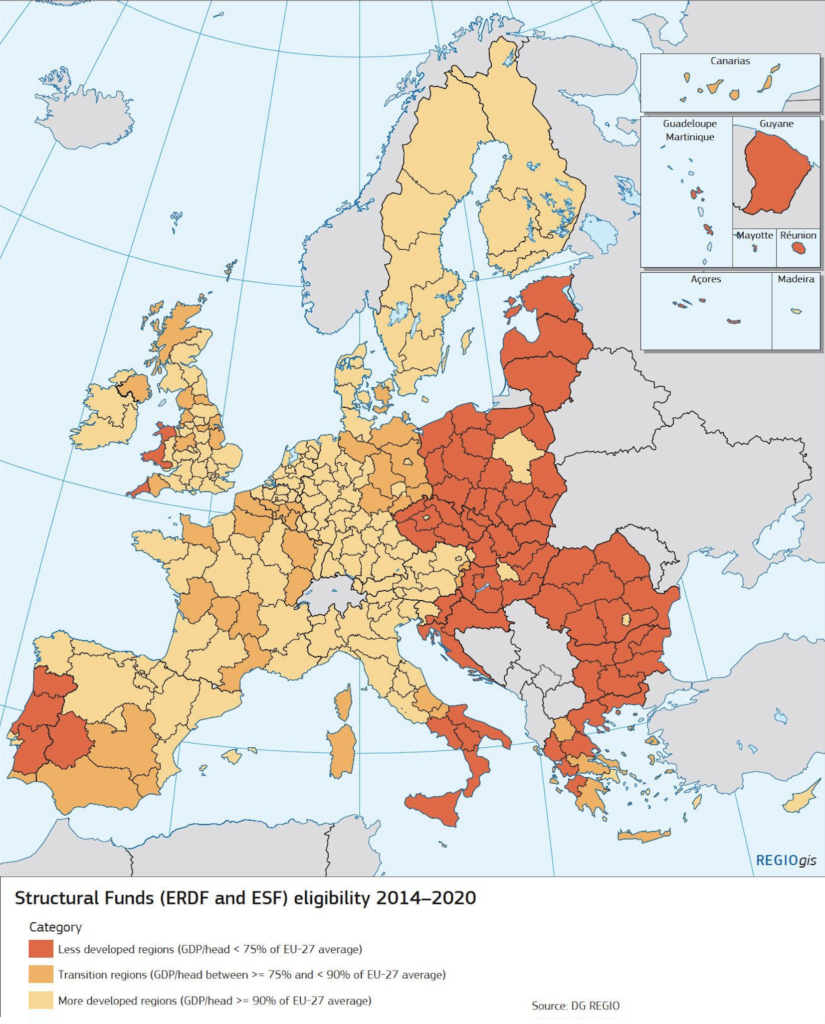 Although institutional quality can be approached from several perspectives, a crucial component is the level of corruption within the institutional structures of Member States receiving transfers. Corruption reduces Cohesion Policy effectiveness through two (interacting) mechanisms. First, in a corrupt administration much of the resources made available will be allocated to ‘rent-seeking’ activities, as opposed to ‘productive’ activities; this will thus inhibit the extent to which the goals of Cohesion Policy can effectively be pursued (Ederveen, 2003). Second, once the European Commission establishes that funds are used in a corrupt manner, it can decide to withhold further funds. To exemplify, Bulgaria was entitled to roughly a billion euros from the European Regional Development Fund in the period from 2007 to 2009. However, because the Commission was unsatisfied with responses to fraud and corruption cases, so Bulgarian regions received only 30% of the initially allocated funds (Pop, 2009).

Analysing the relationship from a different perspective, it can be theorised that there is also a causal mechanism between Cohesion Policy and corruption, originating from Cohesion Policy itself. In other words, Cohesion Policy can induce corruption in the regions that it aims to support. Fazekas (2013 [pdf]) analysed Central and Eastern Europe and showed that although the EU provides extra resources, often it fails to balance this out by putting sufficient controls for corruption in place, leading to increased rent-extracting behaviour.

Bottom line: Although the European Union’s Cohesion Policy has helped helped sub-national regions grow, it may not work if corruption diverts funds and may exacerbate corruption if implemented without controls.