In 1988, the Brazilian Constitution recognized health as a universal right that must be guaranteed by the State as their duty to every citizen. This recognition initiated the formulation of the Unified Health System (SUS) which aims to offer free medical care to anyone in Brazilian territory. The implementation of this system was hampered by the presence of a neoliberal influence at the time, which meant that besides implementing the SUS, the State also supported the development of the private health sector. In the current national system, however, there are problems of underfunding and inequality in access to health in richer regions compared to poor regions. Within this narrative, one problematic trend stands out: the Brazilian middle class gravitate towards solely the private sector. There are two main issues related to this trend. 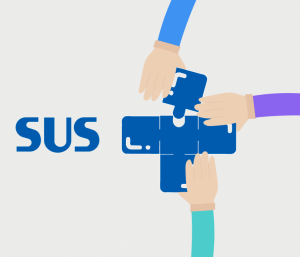 First, the middle class seeks private facilities for even mild health concerns, as these are more efficient and often provide better basic healthcare services. Thus, they have no incentive to fight for better public health care. The middle class stigmatizes the SUS as primarily aimed at serving the poor. In addition, the stigma is also directed towards the healthcare itself, as middle-class people claim that the private sector better meets their demands. Most individuals of this social strata do not recognize the SUS as part of their rights, and thus capable of improvement in response to criticism. Public services are, therefore, used only by poorer people who are the most silenced voices in the media and in public opinion. Their silence has lead to a system that suffers from underfunding and inefficiency, with long treatment lines and overwhelmed hospitals and staff.

Second, the middle class turn to the public health system  for help with expensive medicine and treatments that are not covered by their insurance, burdening the SUS with greater costs while the private sector deals with “lighter” health issues. Vaccinations and other programs of collective interest are also offered by SUS, which is obliged to meet any and all health needs. Private health care does not have such an obligation so it has been strengthening while SUS has been weakening.

SUS does not have enough support, personnel or money to offer a better quality service to the population. Those most impacted by this scenario are the poor, who are the majority of the population and who cannot afford private insurance and are dependent on the SUS. In face of crises such as the Coronavirus pandemic in which fair access to effective health care is essential, these issues are critical.

Bottom Line: The public health system in Brazil is under threat as the middle class defects to private services rather than defending their national system, which leads to failing healthcare for the nation’s poor.

One thought on “The illusion of the right to health”