Drought is relative. “Nobody ever says the Sahara is in drought” captures the difference between a permanently dry place and a wet place that’s receiving less rain than normal, like the Netherlands right now [EN article; NL article]. The figure below [source] shows the LACK of rain (so “more is worse”) in the Netherlands so far this year (black line), which is currently as bad as the 1976 record drought. 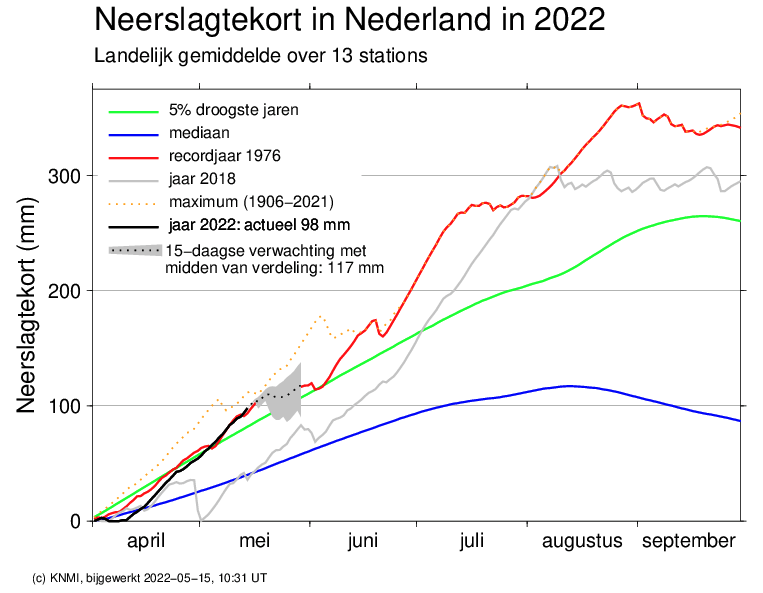 What are the consequences of drought? Besides the obvious ones (farmers cannot irrigate as much; ecosystems suffering), there are some “Dutch” consequences such as dikes drying out (leading to cracks, leaks and maybe failures), housing foundations rotting (as water levels drop, rot sets in), and more pollution on the streets and air (rain’s “cleaning” function on hold).

Long ago, I joked that I was “bringing California weather with me” (due to climate chaos) when I moved to the Netherlands. So far, my “plan” is working. Now I worry about wildfires.

My one-handed conclusion is that “wet” places suffer with less rain — and many will.