Costa Rica (CR) has long been celebrated as a trailblazer of sustainable development and successful ecosystem conservation. Their pioneering implementation of a national program for the payment for ecosystem services (PES) has received a lot of international attention. CR managed to reverse the deforestation that cost it up to half of it its original forest cover by 1987. As of 2020, its forest cover reached 60% with the PES program being said to play an essential role. Yet, the impact of the PES program on environmental conservation and economic development is not exactly clear. 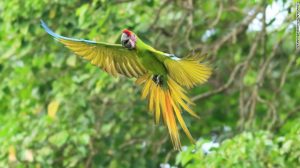 In the second half of the 20th century, CR had some of the world’s highest deforestation rates, declining from 75% cover in the 1940s to 25% cover by 1995. CR introduced its PES program in 1997, called “Pago por Servicios Ambientales” (PSA). A PES program effectively is the economic evaluation of environmental or ecosystem services, such as carbon sequestration, and is a system of payment incentivizing landowners to conserve the existing biodiversity on their land instead of allowing other uses. The national government expanded the PSA as its popularity  increased, introducing payments for agroforestry to increase incomes of farmers, for example. More than 18,000 families benefitted from the PSA between 1997 and 2019.

However, while it seems like the PSA not only provided a steady income to thousands of families, but was the driving force behind CR’s reforestation success, evaluations of the programs impact do not show such clear results. So far there is no clear consensus on the impact of the PSA; some research shows no clear effect on forest conservation. Instead, other conservation policies, such as the ban on deforestation, are said to play a bigger role in CR’s progress.

Moreover, the PSA has been accused of suffering from unequal access to payments for environmental conservation. The program has been found to generally benefit large landowners and to exclude the rural poor from participation as a result of historical agrarian settlement patterns and the inability of the state to recognize certain property claims.

The PSA program has weaknesses and its impact on employment and economic development are unclear, but it has potential. If the authorities stay flexible and adaptive to changing circumstances and weaknesses are continuously corrected, then the PSA program can improve its efficiency and equity substantially. Upcoming expansions and improvements of the program, such as the Mixed Systems scheme aiming at small landowners and farmers give hope that the PSA might correct weaknesses such as the unequal access to the program’s benefits.

Bottom Line: Costa Rica’s Payment for Ecosystem Services program can boost environmental conservation and economic development if its weaknesses (such as unequal access) are addressed and the program can adapt to changing circumstances.