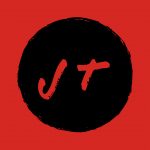 I started thinking about doing a podcast last year because I wanted to find a new way of learning, catching up with people in my network, and bringing new ideas to people. I still like blogging (and will continue to write here), but podcasting provides a different perspective, most obviously because it allows conversation.

I “soft launched” Jive Talking about one month ago with five interviews. In the past few weeks, I have had time to fix up the Soundcloud page hosting the podcast* and put a bit more time into improving “production quality.” I still have a long way to go before I am happy with these details (listen to my intro!), but they are not as important as the conversations, which are unscripted and free to flow wherever we wonder (and wander). I am not alone in liking this element to podcasting:

One of the things that’s so cool about the new media technology is that people want . . . They just want direct communication. They don’t like high-level production values, all to people on YouTube, and they’re very savvy media consumers. A highly produced television show just looks like a lie. If you’ve got something to say, they just want you to sit down and say it. They don’t even want you to edit it so that it’s smoother because that just looks like you’re spinning the content, and you probably are.

My one-handed conclusion is that you’re not going to learn anything until you try something new, so here goes! Please listen to a few episodes, tell me what you think, and/or suggest new guests (including you!)