Bangkok had quite a hazy start to 2019. In January, the city was blanketed in smog and had a concentration of PM2.5 particles that was at dangerous levels. The Bangkok Metropolitan Administration (BMA) tried washing up the streets and buildings with water cannons, but the smog persisted. This lead Bangkok residents to express their dissatisfaction on social media platforms. But, was there more that the BMA could have done? Maybe slowing down growth in Bangkok could help.

In the past 250 years, Bangkok grew from a village on the bank of the Chao Phraya River to a megacity with over 14 million residents. Today Bangkok is the centre of economic activity for Thailand. The gross regional product (GRP) per capita for Bangkok is double the national GDP per capita. Bangkok’s GRP also represents 44.2 percent of Thailand’s GDP. The primacy of Bangkok’s economy is a result of government policies that have devoted funding to Bangkok and preference of foreign investors. Bangkok also benefits from being a first-mover agglomeration economy which makes it difficult for other cities to compete with Bangkok. 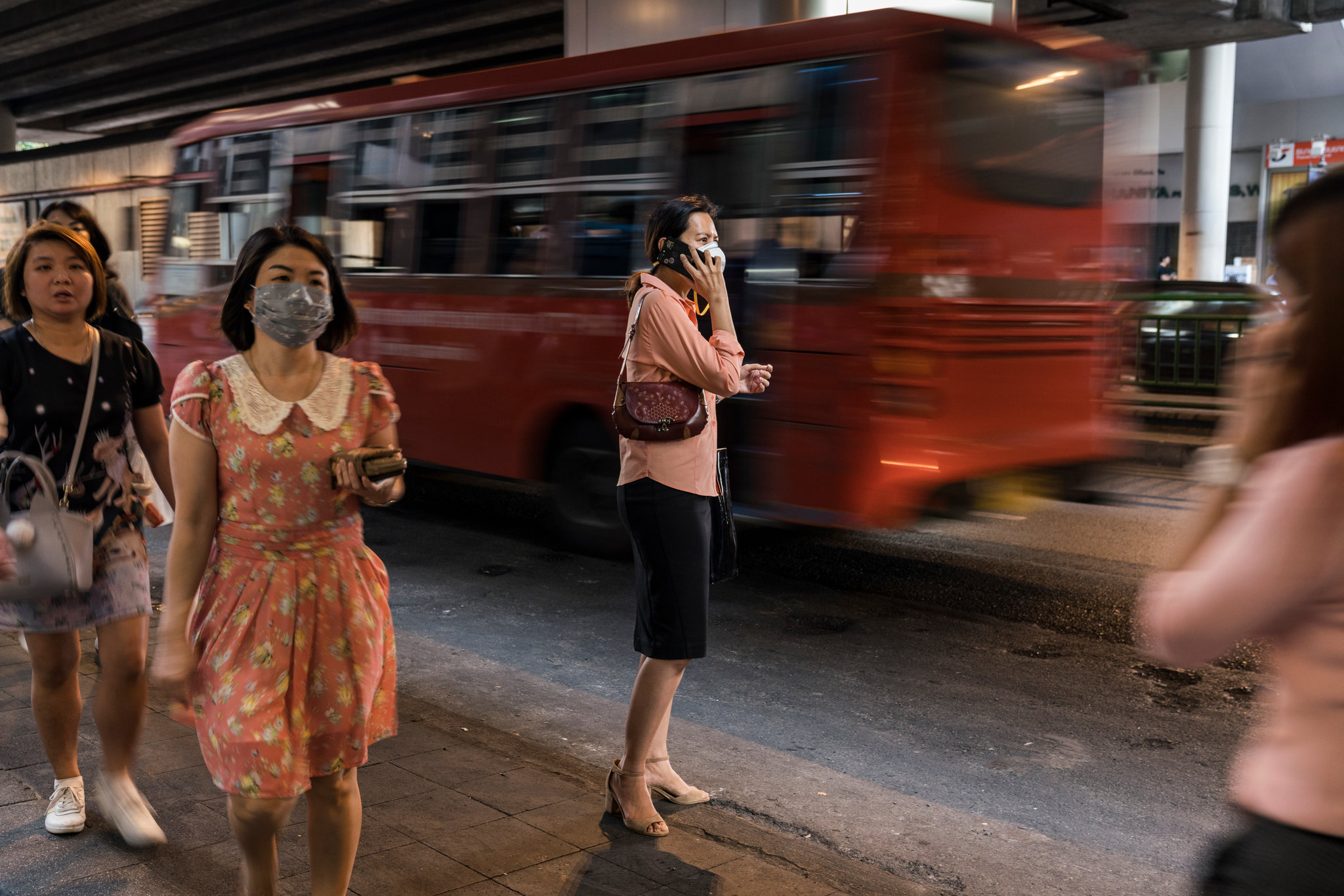 With Bangkok’s economic growth comes air pollution (related post).  The concentration of economic activity in Bangkok has lead to an increase in the city’s population, and consequently, an increase in the quantity of vehicles needed to transport that population. The lack of adequate public transit developments early on has also made Bangkok residents dependent on private cars. Thailand’s Pollution department estimates that vehicle emissions is responsible for approximately 60 percent of Bangkok’s greenhouse gas emissions and particulate matter. Bangkok’s current air pollution situation is harmful to the health of residents and can cost up to 6.6 billion baht (€180 million) in losses for the healthcare and tourism sector. Thus, improving the air quality is crucial for both Bangkok’s economic growth and development.

The haze is an important wake-up call for Bangkok. Urban experts urge the BMA to improve transport policies and invest in public transportation in Bangkok. However, the growth in Bangkok may no longer be economic. The worsening air pollution is one example of the many challenges that Bangkok faces that has potential to undermine its long-term economic growth and residents’ quality of life. It may be an indicator that the additional costs for Bangkok’s economic growth exceeds the additional benefits, and growth is uneconomic. Bangkok already receives high levels of public investment as the Thai government attempts to uphold its deteriorating quality of life, so it may be worth investing in peripheral regions that can ease pressures in the capital.

Bottom line: Bangkok’s economic growth may no longer be economic because of increasing costs such as air pollution. Therefore, instead of investing more resources in Bangkok’s growth, allocating resources for the development of peripheral regions can help promote Thailand’s development.

6 thoughts on “Bangkok chokes on growth”