The popularity of organic food has significantly increased over the past years. Many farmers have noticed the resulting business opportunities and shifted to organic production. With the amount of suppliers, competition has also increased, making the average organic food price drop. Nevertheless, due to lower crop yields, higher uncertainty and labour costs, the price of organically produced food is still 63% higher than that of food originating from conventional production.

Consequently, organic food is mostly consumed by citizens belonging to the higher socio-economic classes of the Dutch society, or by hipsters. Research has found that the most important factors incentivising these groups are the perceived health and environmental benefits accompanying organic consumption and production (Hughner et al., 2007). This same research finds that there are many consumers who share these concerns, but are reluctant to buy organic food because of its higher price.

The idea about perceived health benefits originates from the fact that organic production does not use chemical pesticides. Chemical pesticides used in conventional food production could have a long term negative impact on the health of consumers, due to the continuous intake of small proportions, or on that of farmers because of direct exposure. However, the debate about the health consequences of pesticide exposure is still 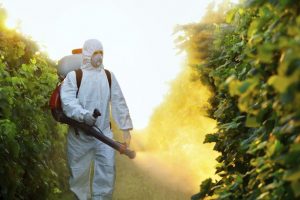 ongoing. In addition, no evidence supporting the nutritional advantages or disadvantages has been found (Forman and Silverstein, 2012). Even though the perceived health benefits might not be as convincing, strong evidence has been found for the negative environmental consequences of conventional farming. For instance, the chemical pesticides that are used are harmful to biodiversity. Also, more water and energy is used during conventional food production, which significantly contributes to climate change (Forman and Silverstein, 2012). Furthermore, it has been estimated that due to soil degradation, agricultural land will only be productive for 60 more years . Organic production is not as damaging to the environment, as it does not make use of chemical pesticides, requires less energy and water and causes less soil depletion (Forman and Silverstein, 2012).

To reduce the negative environmental impacts of food production, organically produced food should be the norm rather than the exception. Because the prices of organic food are still higher than of conventionally produced food, a large group of consumers who actually want to consume responsibly refrain from doing so. In order to make organic food accessible for all, prices thus have to be driven down further. Making use of consumer preferences, increasing the supply of organic food can realize this. When more organically producing farmers enter the market, competition increases, decreasing the price. By making organic food accessible through the supply side of the market, the proportion of land that is farmed organically increases. This contributes to a transition to a less harmful food production system. All in all, it would be interesting to see which policy measures could be implemented to increase the organic food supply.

Bottom line: Organic food should be the norm rather than an exception, as it has a less harmful impact on biodiversity, soil quality and the climate. However, organic food is expensive, making people who want to consume responsibly reluctant to do so. An increase in the supply of organic food can decrease its price, which makes organic food accessible to all. It would be interesting to research what policy changes could generate such a supply increase.

7 thoughts on “Organic food for all”