I took the picture below from my apartment in The Hague. My quaint neighbourhood, Mariahoeve, has many identical apartment blocks and large populations of elderly people and trees. Greenbelts, ponds, parks, street trees and community gardens help compensate for the neighborhood’s dismal architecture. 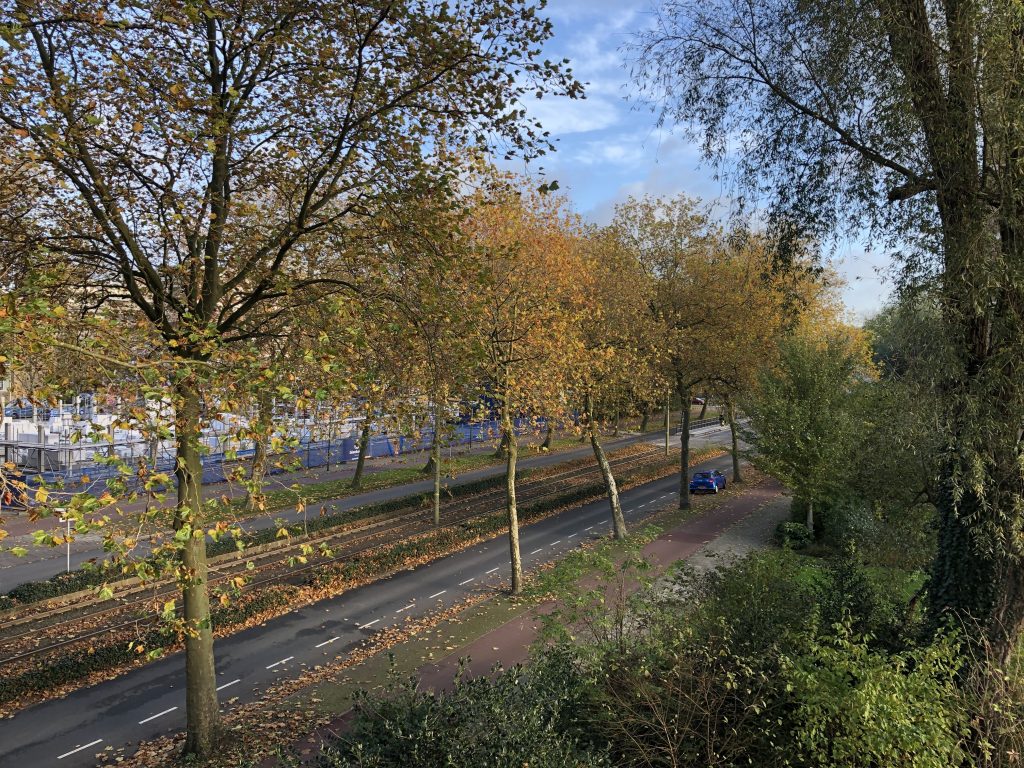 I love waking up to the sound of birds, taking strolls through shady streets, and having a feeling of space and serenity.

Urban Green Spaces (UGS) offer residents many services and benefits These include water regulation, temperature cooling, and carbon sequestration, but cultural ecosystem services — often the most valued by residents — are the most difficult to represent in monetary values that must capture the benefits of mental and physical wellbeing, recreation and attachment to place. Why do we need to quantify these services and benefits? Well, many cities are growing rapidly, and densification of city space encroaches on existing greenery as a consequence. UGS tend to be ‘undervalued, underfunded and marginalized in favour of larger grey infrastructure development’ because decision-makers ignore these non-market values.

So how do we put a dollar value on the culture value of green space? Contingent Valuation is used to put a price on non-market services.

Most of the time, someone would come up to on the street and ask you some details about your income, education and occupation and then ask whether and how much you would be ‘willing to pay’ (WTP) for a park or green space, like in the picture I showed in the beginning. Since people are not accustomed to pricing environmental quality, it’s difficult to find accurate values. It also depends how much information you, as the respondent, are given. If, before asking, I told you that you are already paying 2.20 Euros for street cleaning and 1.5 Euros for maintaining green spaces through your city tax, maybe you would have a clearer idea of how to answer. The fact that the outcome of these surveys is so dependent on proper design makes them susceptible to a range of reliability and validity issues.

Your WTP depends on many factors, especially income. Budget constraints could prevent you from paying for urban green spaces. A study on WTP for improved water quality in a lagoon in Malawi found a genuine inability to pay among 33% of respondents. However, attempts to address this issue in low-income settings, by using ‘Willingness-to-Work’ instead of WTP, found little differences between these payment vehicles.

Bottom-line: Measuring the value of green spaces is difficult for individuals, never mind for those charged with valuing spaces for the community. Willingness-to-Pay, if used carefully, can help us include the cultural benefits of urban green spaces in cost-benefit analyses. Hopefully, Mariahoeve can always be home to ugly buildings, the elderly and trees.